Benefactresses and clients. Women's patronage and clientelism in the Saxon era - EBOOK 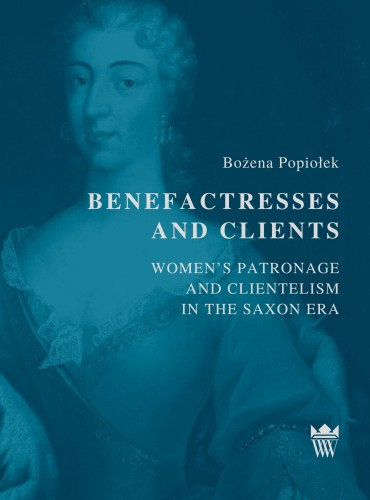 Benefactresses and clients. Women's patronage and clientelism in the Saxon era - EBOOK

The practice of everyday life has shown that the noble ladies in Polish-Lithuanian Commonwealth of the Saxon era possessed far greater causative powers than had thus far been admitted. It could even be claimed that women participated in the system of cliental relations as mediators more often than as patronesses. To become a patroness, one had to fulfil a number of expectations, among which financial independence was merely one of many. The magnate ladies presented in this study, all of whom assumed the role of patronesses, were by all means the exception – wealthy, influential, of a firm, domineering nature, efficient in action, operative, and effective, capable of achieving their own goals without a hitch while establishing a “web of dependencies” with their clients.
The research made use of numerous printed collections of family correspondence, as well as isolated, dispersed collections of letters, marriage documents, testaments, acts of endowment and foundation, or religious and secular legacies, which showcase the economic and cultural aspects of women’s patronage and the degree of financial independence of women involved in such activities.